Hello guys as you know PUBG Mobile Season 11 is on its way. As usual Pubg releases  Christmas  update every year
There is even an Ace Parachute with “S11” printed on top, referring to Season 11.
The Golden Pan has already shared some of the new emotes that will be available to Royale Pass subscribers, but there is so much more coming with the PUBG Mobile Season 11 update.

PUBG Mobile Season 11 will begin on 5th, January 2020 and with each season lasting around 2 months, you better get invested.
Each week there will be several missions made available for standard and elite players who have the Royal Pass.

We will find the DBS gun inside the airdrop.
Its reloading time is too much Along with that, its damage is also very high.This is a shotgun and you can kill anime in one shot.
This gun already came in Chinese version of Pubg Mobile which is beta version.
Soon we will see this gun in PUBG Mobile Season 11
In this gun, we can apply 4X, 6X, 8X, all scopes.
This gun will be like Same as MK14 which we see in the Airdrop.
While most Season 11 additions appeal to the Royale Pass subscribers, there are new additions in the game that will be available to the masses.
Those of you who play in Vikendi, there will be a new submachine gun called MP5K, which equips 9mm ammo and has a damage rating of 33 per bullet.
The MP5K will support all the usual attachments of an SMS (suppressor, extended mag, quickdraw mag, lower rail attachments and tactical stock).
There will also be a season 11-themed finish on the Kar98 – but with new skins for the SKS, M16A4, Uzi and Pan, why settle for that?

In addition, there will be a new mini SUV called Zima with a top speed of 115 km/h and a new snow bike that replaces the regular bike.
This is one of the most awaited attachments in the game, which has been leaked on several occasions and finally making its way to PUBG Mobile.
The Canted Sight is a another scope that can be used in all weapons of Pubg Mobile. This is helpful while seamlessly switching between two scopes during combat.

Interestingly, players will also get a new companion with the update.
The in-game use of the companion remains unknown at the moment.

The parachute and Costume skins are as expected, but Mk14 gun will be most amazing for the new weapon skin making its way into the game.
You can also get Barrel skin in this update which is looking awesome

So friends, as you can see in the picture, we are getting to see a Blue Darcia.
Which is named Brilliant Snowstorm Modified  Darcia and Modify is written below it.
Yes guys we can modify the vehicles now in PUBG Mobile.
How to Modify Vehicle
As soon as you click on the Modify button Here you will get to see the Darcia of level 1 and see all the options behind.
You will see the option of vehicle color, here you can change vehicle colour.
You can get colour options like Default colour,Red,Orange,Ice Blue, Yellow,Dark Blue and more 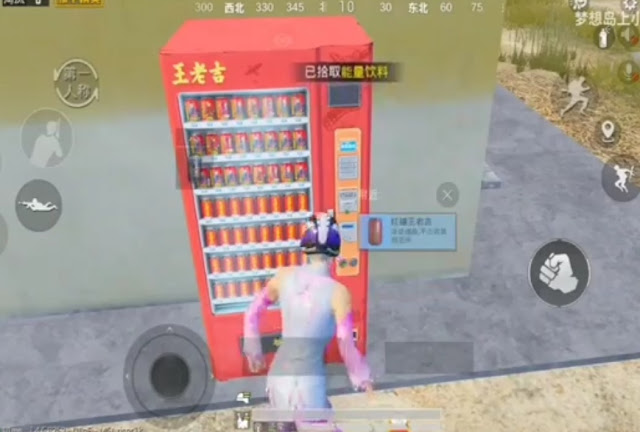 Ye guys as you can see in picture there will be vending machine in PUBG Mobile Season 11 update.
You can get drinks from this vending machine.
There will be two types of drinks. Unfortunately We cant read names of it because this picture is taken from beta version which is in Chinese.
Also Read Miui 12 Update globally launch date and Top Features Leaked

All the Leakes of PUBG Mobile Season 11 mentioned in this blog may not be seen in the upcoming updates.